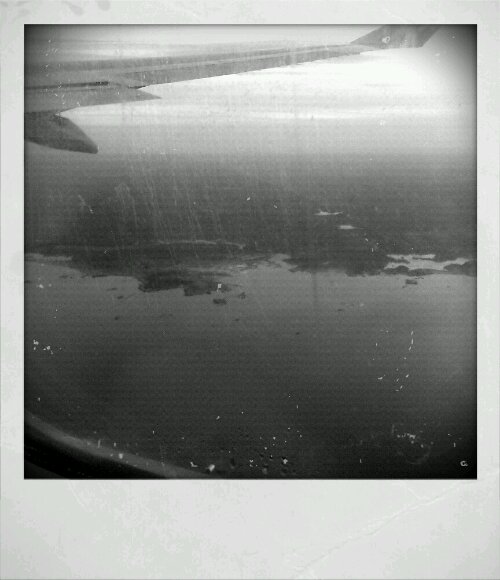 You must protect your feelings.  Small time, she said, small time, a phrase she liked, resting there in the nook of the room against a lukewarm radiator that occasionally gurgled and coughed.  I don’t think I feel very much at all.

She took another drag on the cigarette and passed the butt end to me.  I was grateful for her small act of generosity, although if we’re being entirely honest (and at this point, we are) then it wasn’t altogether that altruistic.

Protect them, she said.  She smiled and then, laconically, put her hand on her bony knee.  It was covered by a black pair of tights that was wearing thin. Who else will?  You’ll just keep getting hurt.

She smiled again, but then lapsed into what was an indeterminate blankness.  I moved only slightly.  I was afraid to destroy the silence.  There was a raft of empties piled up next to us that would castigate us tomorrow.  But right now, who else will, who else will do this?

You ever watch that show?
-What show?
“Thai Guy”
–What?  No.   Never heard of it.
It’s some guy. He’s from Thailand.  Thai Guy.  The theme tune is Diana King’s ‘Shy Guy’, done over.  They got her to sing it.
–Really?
Yeah, straight up.  It’s on cable.  The Thai guy is called Kelvin Wong or something and he does all this totally Thai shit. Like eating green curries and, I dunno.  It comes on late.
–Oh.  Sounds like a wind-up.

I lit another cigarette.  Passed it to her.  I didn’t light my own..  Took a swig of Deuchars IPA, warm.  Pretty nasty, really.  It was either that or Dragon Stout.

I mean, “Thai Guy”, huh?  Far out.
-Insane.
One episode he falls in love with this college chick from the Motor City and they have sex with this tyre iron as a prop.  It’s some kinky stuff.
–I’ll check it out.
Wait she was from Philly.  They met up in Detroit.
–Yeah?
I’m not sure.

It went quiet.  She hummed the theme tune to “Thai Guy” and did Diana King’s bit from Biggie’s “Respect”.

Don’t fall in love man.  Small time shit.  Protect your feelings.  She mumbled all this as I drank my Deuchars IPA and found a pound coin under her pair of battered court shoes.

I’m an author and publisher. I live and work in London and am the author of “Sons and Fascination” (2011, Paperbooks). It's available here: http://amzn.to/eaTVCx View more posts

This site uses Akismet to reduce spam. Learn how your comment data is processed.